How to Engage a Dev Team? with OLX

Becoming a leader, being a good one and adapting to remote leadership. 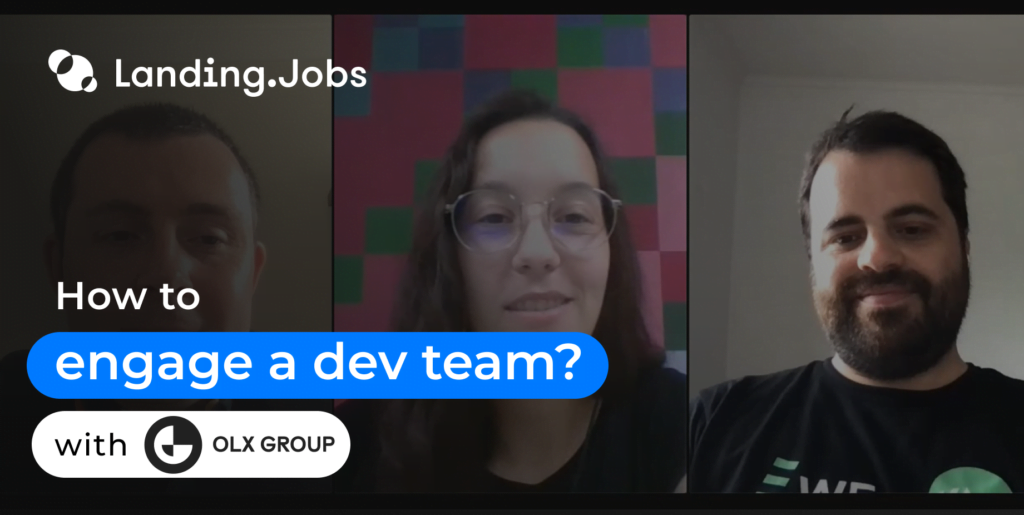 Being a leader and the head of a team isn’t short of challenging. We recently gathered Luis Povoa, Head of Engineering at OLX Group, and Ben Brown, CTO at ONTO, to talk a bit about their own personal paths, how they got to their leadership positions and the challenges of leading a dev team.

Before becoming a leader, Luis was told that becoming one would be easy – he would just need to approve time off. That was far from the truth. Luis describes it as an exciting but terrifying time, with imposter syndrome popping in and out — much like most people feel.

But he pushed through and everything started to fall into place slowly. He started with a small team of two devs, and gradually made interviews to expand, having ended with about 6 or 7 seven engineers. It was during this time of expansion that Luis started to develop a true liking to his role.

I think it was during the interview processes that I started to get interested by checking the behaviors and the skills and the gaps. (…) in 1 or 2 hours of interview, you just collect so much information, and you start kind of realizing how that developer or engineer can cope and can work with you. — Luis

Trying to fill in the gaps and complementing the dynamic as much as one can, like getting training for a skill that the team is lacking or hiring a role that will balance the team as a whole.

As a team you can do so much more than what you were used to as an individual contributor.

In Ben’s case, he describes his leap into leadership as a “deliberate accident”. When his manager moved to another country, someone from the company suggested he fill in this role. Delegation is where he struggled at first. At heart, he’s a problem solver and he argues that people problems are the hardest ones, which was the perfect challenge for him.

I always wanted to become a CTO at some stage, to have that accountability for all the decisions within a tech team. I think it’s easy to criticize your leaders, in the past I’ve certainly criticized mine and said “hey, look, I could do better” and then I think now (…) you realize how hard to make those decisions are. It’s an eye opener. — Ben

How has leadership evolved over the years?

To dive a little deeper into what leadership is today and where it evolved from, we need to talk about Mary Parker Follett. She was born in 1868 and was one of the first women invited to address the London School of Economics to speak about management. Since, in her time, women weren’t accepted in the business world, she developed her ideas while being a social worker, and it was through her experience among the poor that she created her theory of organizational management.

This theory is based on 4 pillars: direct contact (face-to-face meetings for example), early stages (integrating new hires into the organization should be done right at the beginning), reciprocal relationship (each person is responsible for putting in their own work, no one should work less than the others) and continuous process (everyone should be incentivized to maintain systems and learn how to improve them).

These basic principles might not be anything new today, but they were revolutionizing in Follett’s time, when leaders were expected to just exercise their “authority with no empowerment and facilitation whatsoever”, like Luis mentioned.

Focusing on the tech industry, Ben states that we’re the luckier people who have matured and understood that there’s a big difference in the way that we help to motivate people and help them want to stay in roles.

The fact that the tech market has been so hot lately also helped push that shift, because tech professionals can jump into other roles easily if their current company doesn’t provide a good working environment. — Ben

Does every manager need to be a leader?

The thing that stood out the most from Ben’s answer was his statement that everybody can be a leader regardless of their job title. A manager is given that role by title, but it doesn’t necessarily mean they’re seen as a leader by others. A leader is a person people want to work for and follow, and that is not something given, it’s acquired and developed with experience.

The more senior a leader you become, the further in the future you need to be looking.

Regarding different levels of leadership, there’s a difference between managing a team of few developers/individual contributors, and being a manager of managers. For Ben, as an engineering manager you’re looking at the next quarter or two, while as a CTO you’re ideally looking at 4 or 5 years into the future to guarantee success on that level.

The most important skills for a leader

How to be a remote leader

For Ben, becoming more deliberate was the biggest change he’s made. Before, being in the office allowed him to walk by desks and check up on people and spontaneously talk about issues. Now, he’s had to adapt and become more deliberate in reaching out. He makes sure he’s directly reaching out to people, booking calls, checking up asynchronously. Becoming more open and vulnerable also helps in making the team comfortable to share the highs and lows.

As an introvert, Luis says this openness is definitely more of a challenge but agrees it’s extremely important. He shares that it’s important to know how to connect with people, how to create empathy and how to get a conversation going. “If you don’t, you might find out too late, after someone has been unhappy for 6 months and there’s not really much you can do about it at that point”, he says.

Ben and Luis touched on some more really interesting topics such as how to keep a team motivated, what their biggest challenges leading and motivating their teams have been, their advice for individual contributors who want to become leaders, scrum stances, and more. If you’re curious about the rest of their convo, feel free to watch the recording of the session below! 👇

OLX Group is currently hiring for several tech positions, so if you’re searching for a new job, check their job openings here! 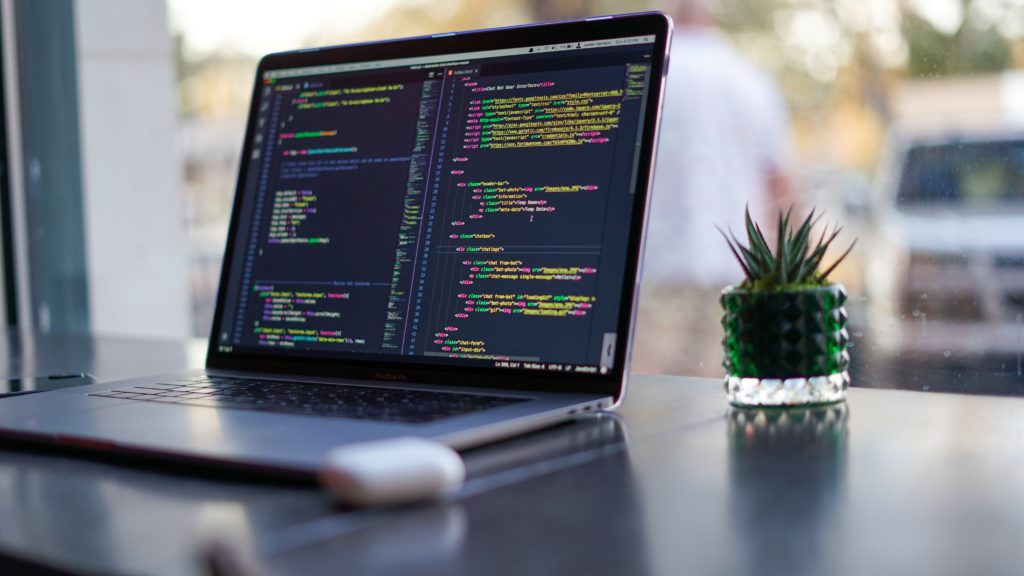 RELEX has retroactively achieved carbon neutrality for 2021 — it has successfully removed or avoided 2,544 tones of CO2 emissions. 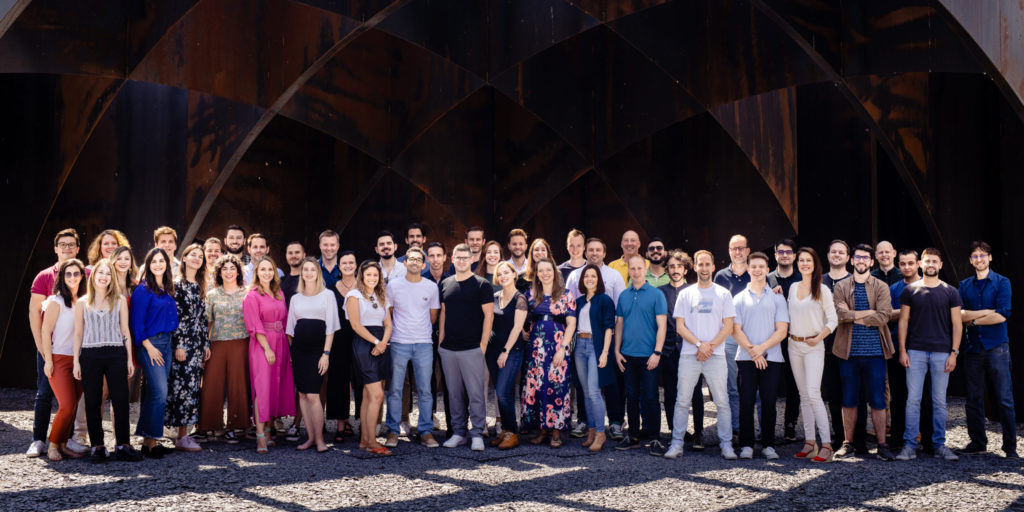 MobieTrain: the microlearning leader that raised €9M is hiring developers

MobieTrain: the microlearning leader that raised €9M is hiring developers

Become a developer at MobieTrain, that has its eyes set on the target and is moving the wheels to get there.